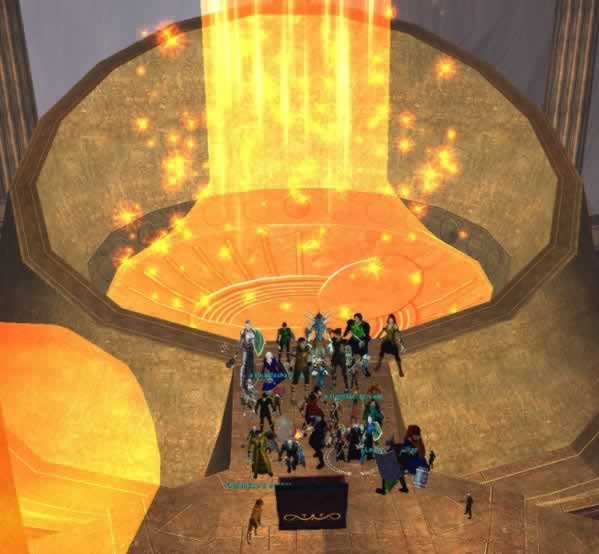 Mayong Mistmoore’s last breath within the chambers of Dreadspire was a curse upon those who liberated him from his mortal coil. This affliction was meant to dissuade them from attemping the feat a second time on the newly ascended god. In the weeks following Mayong’s enterance into the Norrathian Pantheon, Rommuluss and his council were plagued by this curse, diminished in body and spirit and clinging to threads oflife. They sought answers and remedy to no avail; the only solace they found was in sporadic moments of calm, when the horrors of Dreadspire were supressed and Mayong’s twisted face merely hovered at the edge of memory.

Time progressed, and the search for the rogue diety was met with failure. Diligence found itself mired in the turmoil of the Devastation, searching for answers in Ro’s Prophecy. Diligence found itself embroiled in the battles for Valdeholm and Ashengate and found what seemed to be a cure to this corruption embedded within, and the blight laid upon us by this malevolent upstart god was all but forgotten.

Rommuluss sputtered, traces of blood speckling his feverish cough. His first steps onto the plains of Solteris opened old wounds and burned fresh memories into his mind. His movements were agonized and tendrils of doubt creeped into his thoughts.

He then gazed into the portal to Dreadspire, staring into shards from another time. He saw images of grief and despair, images of betrayers and traitors to the empire he helped build. Images of thieves and would-be usurpers to the legacy of Diligence, of which he was a part. These images tore at his core, making him question the foundations of everything he had strived for.

Images of strength and sacrifice flooded his mind, images of tenacity, perserverance and integrity inundated his being. He saw the architects of the guild before him and those that would never see it fall, and his purpose here was made clear: To remove this abomination from himself and the world. The armies were sent forth.

The three sisters were the first to bear the brunt of the aggression, their tricks no match for the brutality of our berserkers. Aprosis, Mayong’s long-time confidant found himself at the mercy of our pathfinders, who had none. Astire and Irrissa, commanders of Dreadspire’s elite, too found themselves with their worlds going black, courtesy of our necromancers. Mayong finds himself alone in Solteris; the crippled remnants of his army have deserted him. Solusek moves to strike, and our heavy hand is not far behind. Commodus and the two gods remain.